After 46 years at the Asian American Drug Abuse Program, Inc. (AADAP), Dr. Michael “Mike” Watanabe will be stepping down as President & CEO and passing on the mantle to current Administrative Director, Dean Nakanishi. With this action AADAP Board is implementing its succession plan that has been years in development.  After its Annual Board Meeting July 29th, Mike will assume an Emeritus status and continue to support the transition to December 30th.  Dean will assume the Chief Executive Officer position August 1st, 2021.

Mike Watanabe has dedicated 46 years of his life to AADAP, 39 of those years as the head of the organization. Under his tenure, the agency grew from a small grassroots organization with 20 staff to a large, comprehensive service agency with over 120 professional staff serving a significant portion of Los Angeles County through ten service sites.

Mike began work at AADAP (Asian American Drug Abuse Program) in 1975 as a Counselor in the TC (Therapeutic Community), and progressed through the ranks until he became the President and Chief Executive Officer in 1982. Before AADAP, he was a veteran of the Vietnam War and earned an MSW degree from UCLA.  He is past President of Asian Pacific Policy & Planning Council (A3PCON, est. 1977), a Los Angeles County based consortium of over forty (40) community- based agencies and chaired its Drug, Alcohol, and Tobacco Committee for twelve (12) years.  He served as a Commissioner for the Los Angeles County Narcotics and Dangerous Drugs Commission for sixteen (16) years.  He chaired the Asian and Pacific Islander Constituent Committee as advisory to the California Department of Alcohol and Drug Programs (DADP) for eight years. He is a founding Board member of the National Asian Pacific Families Against Substance Abuse (NAPAFASA, est. 1986), a national organization of Asian Pacific drug and alcohol agencies.  In the course of these activities, he has provided workshops, seminars, testimony, and consultation at local jurisdictions to national venues.  He has also received many awards, certificates, and government resolutions, acknowledging his work and contributions to the community. In 2017, his alma mater, the California State University, Northridge and the Trustees of the California State University awarded him an Honorary Doctor of Humane Letters (LHD) degree in recognition of his life-long work in the social service field.

Dean Nakanishi, the current Administrative Director will be taking over the role of President & CEO in August 2021. Dean was originally hired at AADAP as a job developer for funding under the Job Training Partnership Act (JTPA) and held this position for five years. Since 1997, Dean Nakanishi has been the Administrative Director for AADAP. Dean responsibilities include the facility operations, information systems, human resources, and contract compliance.  Dean has been involved in all aspects of agency business planning, fundraising, operational design and maintenance and contract compliance.  During his time here, Dean is mostly proud of being involved in AADAP’s expansion in the past twenty years with employment services, HIV/AIDS outreach, sober living homes and a new corporate office.

As the second-in-command at AADAP for the last 25 years, Dean has been preparing for this next step for many years. In 2012, Dean assumed independent leadership of the agency for four months. He managed major improvements in the agency’s operations and provided leadership in Risk Management, Electronic Health Records (EHR), Human Resources (HR) practices, COVID protection and protocols, and ultimately to achieve the prestigious Commission for the Accreditation of Rehabilitation Facilities (CARF). Long before the formal succession plan, the Board supported his preparation by supporting his education with a stipend for a combined degree program in Bachelor’s in Business Management and MBA at Pepperdine Graziadio School of Business while working full-time. 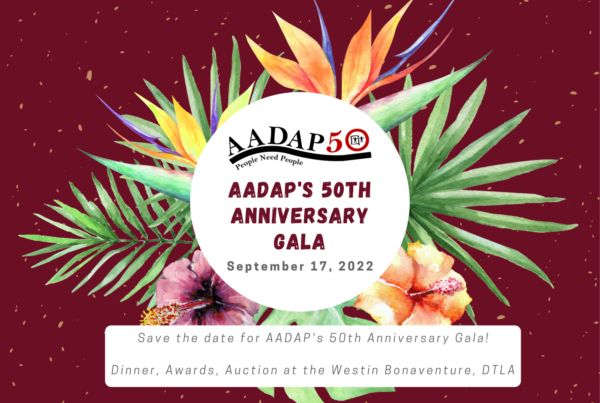 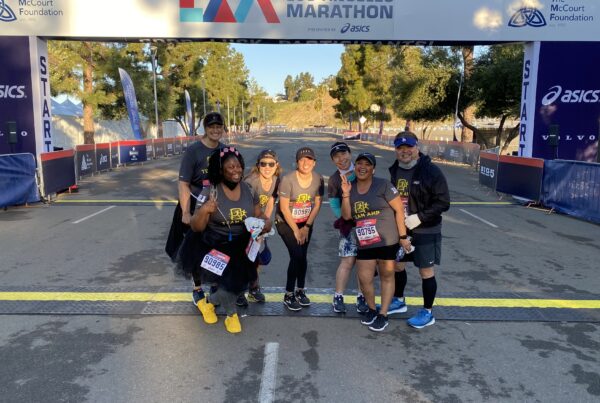